Kusado Sengen is the name of a medieval town that once used to be situated close to the mouth of the Ashida River, in the present day Fukuyama City, Hiroshima Prefecture, Japan. It means, a town of one thousand houses at Kuasdo. The existence of the town had been forgotten for a long time. It was only recorded as a legendary town in a regional history book during the Edo Period.

Excavations began at the Kusado Sengen in 1961. As a result, a lot of finds were discovered at the site. These finds tell us what kinds of tools the people in Kusado Sengen used and how they lived. All the results of investigations into Kusado Sengen shed a new light on the study of medieval history in Japan.

Discovery of the lost town

In 1928, a large amount of pottery, imported porcelain, gravestones, coins, and other artifacts were discovered in the process of re-routing the Ashida River. The discovery led some local historians to suspect that the location of the discovery indicated the site of Kusado Sengen and the town had been inhabited during medieval times. Further research into the site however was not carried out. The site got buried under a sandbank of the re-routed Ashida River, and some parts of the site were eroded by the river.

Beginning of the excavation

In 1961, the Fukuyama Municipal Board of Education conducted the first excavation at the site. As a result, archaeological features dating to the Kamakura and Muromachi Periods were found. It became certain that the town recorded as Kusado Sengen had existed in this place.
On the other hand, the Ministry of Construction planned river improvements and the construction of a dam. These plans caused the possibility that the sandbank on which the site was located might be destroyed or completely submerged. Serious and long-term investigations therefore became urgently necessary. Accordingly, the Hiroshima Prefectural Institute for the Kusado Sengen-cho Site Investigations was founded in 1973, which is a research unit within the Hiroshima Prefectural Board of Education. This body has conducted excavations of 66,385 sq.m for over twenty years since then. 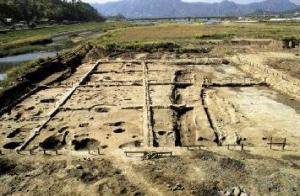 Establishment of the museum

The results of investigations into the site are now exhibited in the Hiroshima Prefectural Museum of History opened in 1989. This museum focuses on the history and culture of the people on the Seto Inland Sea, centering on the materials excavated from the site. In the museum, you can enter a reconstructed part of the town, and understand details of living in Kusado Sengen.

A wide variety of finds have been excavated from the site. Most of the finds were waterlogged and in a good state of preservation because the site was in the middle of the river and the groundwater level was high. Finds include facilities of the town, for example, wells, pits for garbage dumping, ditches, ponds, graves, and a wide range of objects such as pottery, wooden objects, stone objects, metal objects, bone tools, fabrics, and organic remains. These finds prove the use of facilities and tools that were used by the medieval common people of the town and how people went about their daily lives.

Barely any structures of buildings remained. We could only find traces of posts, so we had to reconstruct structures from the arrangement of the posts. Two types of building structure can be distinguished. One is “post-hole type” whose superstructure was supported by pillars directly planted into the ground. The other is “base-stone type” whose superstructure was supported by pillars standing on base-stones. “Base-stone type” buildings remained were especially few, because the ground of the town had been leveled over and over, moreover many floods washed away the surface of the site.

The preservation of streets and alleys were also in a bad state. We had to assume the location of them from the arrangement of other facilities such as ditches or fences. The exceptions were alleys paved with stone slabs found around the central part of the town.

Based on the results of the investigations, Kusado Sengen is considered as a commercial port town on the Seto Inland Sea. Many of the People in the town were engaged in commercial activities and manufacturing. These activities made some residents of the town very wealthy. However, it was not a major port town like Onomichi or Tomo which were frequently mentioned in historic sources. It was probably specialized in local trade because the location of the town was somewhat secluded from the Seto Inland Sea and many place names mentioned in the wooden tablet inscriptions were located in neighboring areas. The town played the role of the local trade center.

Until Kusado Sengen was excavated, this type of local town had been scarcely known. The investigations into the site have made a great contribution to the study of Japanese history. 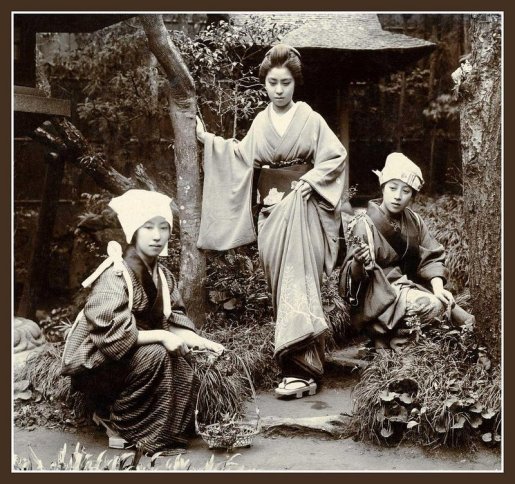 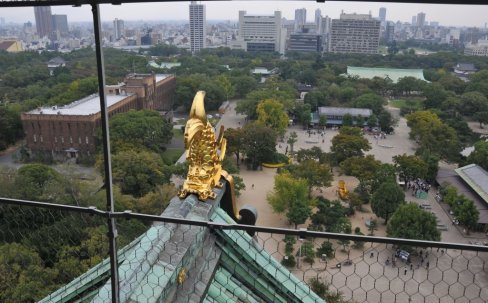 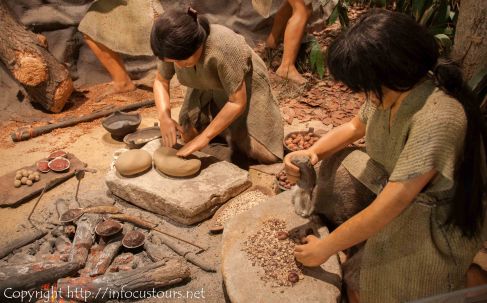 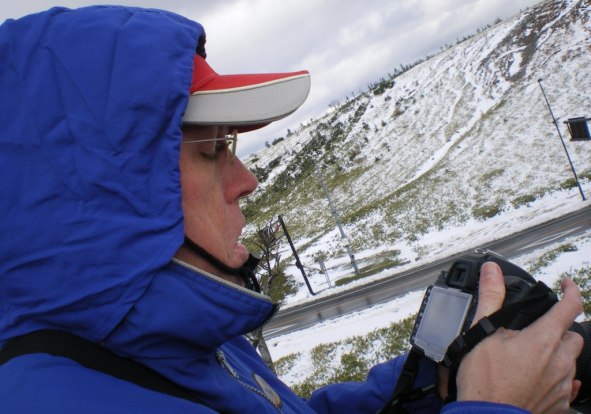 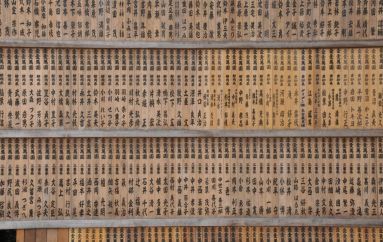 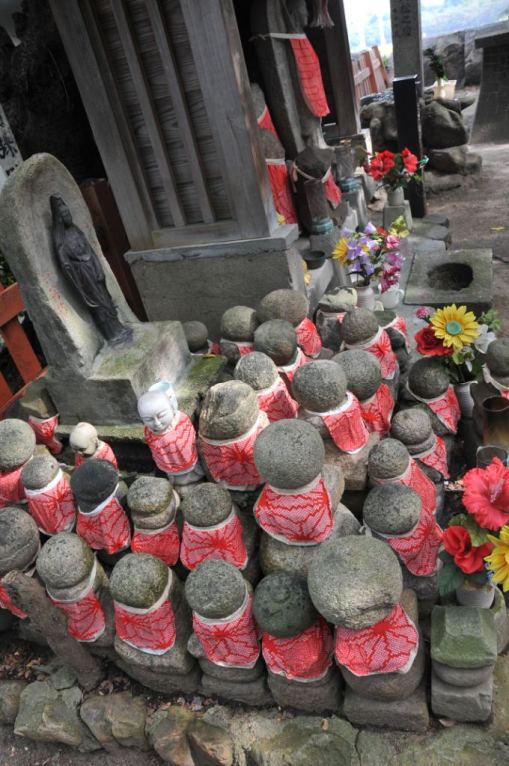 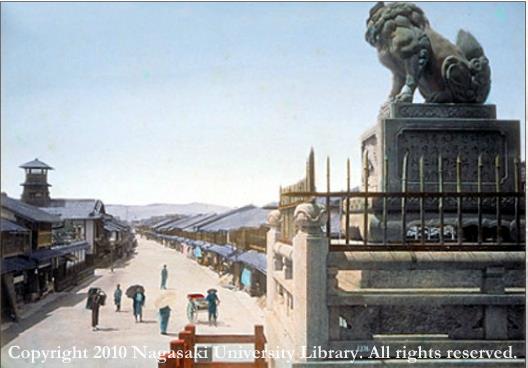 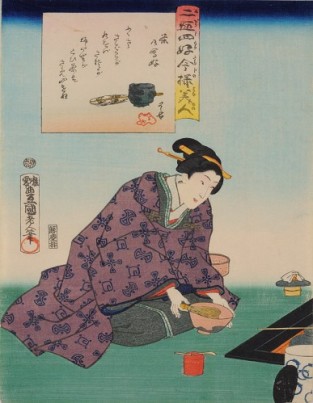 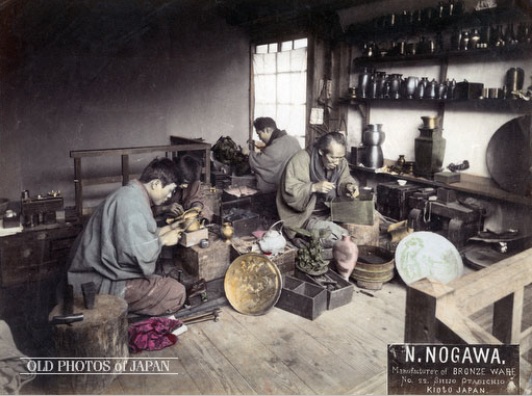 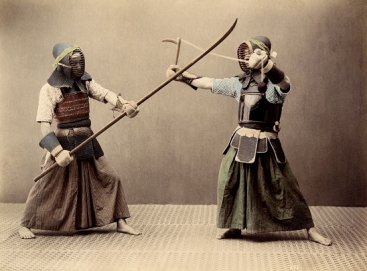 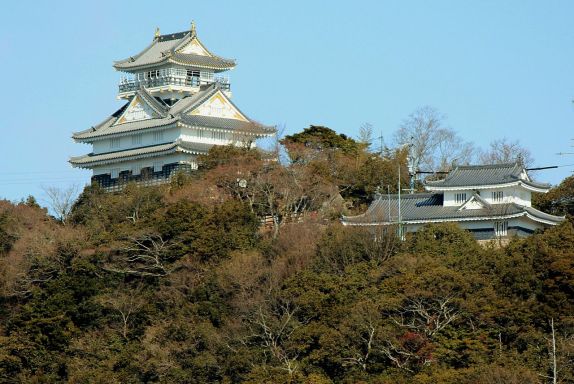 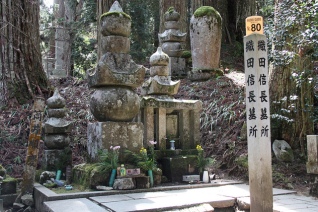 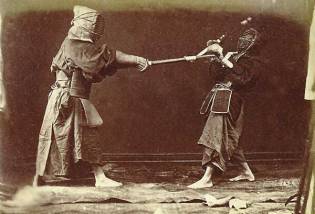