The Kamakura period 1185 to 1333 is a period of Japanese history that marks the governance of the Kamakura Shogunate; officially established in 1192 by the first Kamakura shogun Minamoto no Yoritomo. The era of the imperial courts of the Heian period were drawing to a close and feudalism was on the rise. Buddhism also began to appeal to the common people and started to gather many followers unlike the Mt Hiei monasteries that became too political in its teachings.

The Kamakura period ended in 1333 with the destruction of the shogunate and the short reestablishment of imperial rule under the Emperor Go-Daigo by Ashikaga Takauji, Nitta Yoshisada, and Kusunoki Masashige.

Bakufu and the Hojo Regency

The Kamakura period (1185-1333) marks the transition to the Japanese “medieval” era, a nearly 700-year period in which the emperor, the court, and the traditional central government were left intact but were largely relegated to ceremonial functions. Civil, military, and judicial matters were controlled by the bushi class, the most powerful of whom was the de facto national ruler. The term feudalism is generally used to describe this period, being accepted by scholars as applicable to medieval Japan as well as to medieval Europe. Both had land-based economies, vestiges of a previously centralized state, and a concentration of advanced military technologies in the hands of a specialized fighting class. Lords required the loyal services of vassals, who were rewarded with fiefs of their own. The fief holders exercised local military rule and public power related to the holding of land. This period in Japan differed from the old shoen system in its pervasive military emphasis.

Once Minamoto Yoritomo had consolidated his power, he established a new government at his family home in Kamakura. He called his government a bakufu (tent government), but because he was given the title seii taishogun by the emperor, the government is often referred to in Western literature as the shogunate. Yoritomo followed the Fujiwara form of house government and had an administrative board, a board of retainers, and a board of inquiry. After confiscating Taira estates in central and western Japan, he had the imperial court appoint stewards for the estates and constables for the provinces. As shogun, Yoritomo was both the steward and the constable general. The Kamakura bakufu was not a national regime, however, and although it controlled large tracts of land, there was strong resistance to the stewards. The regime continued warfare against the Fujiwara in the north, but never brought either the north or the west under complete military control. The old court resided in Kyoto, continuing to hold the land over which it had jurisdiction, while newly organized military families were attracted to Kamakura.

Despite a strong beginning, Yoritomo failed to consolidate the leadership of his family on a lasting basis. Intrafamily contention had long existed within the Minamoto, although Yoritomo had eliminated most serious challengers to his authority. When he died suddenly in 1199, his son Yoriie became shogun and nominal head of the Minamoto, but Yoriie was unable to control the other eastern bushi families. By the early thirteenth century, a regency had been established for the shogun by his maternal grandparents– members of the Hojo family, a branch of the Taira that had allied itself with the Minamoto in 1180. Under the Hojo, the bakufu became powerless, and the shogun, often a member of the Fujiwara family or even an imperial prince, was merely a figurehead.

With the protector of the emperor a figurehead himself, strains emerged between Kyōto and Kamakura, and in 1221 a war–the Jokyu Incident–broke out between the cloistered emperor and the Hojo regent. The Hojo forces easily won the war, and the imperial court was brought under direct bakufu control. The shogun’s constables gained greater civil powers, and the court was obliged to seek Kamakura’s approval for all of its actions. Although deprived of political power, the court was allowed to retain extensive estates with which to sustain the imperial splendor the bakufu needed to help sanction its rule.

Several significant administrative achievements were made during the Hojo regency. In 1225 the Council of State was established, providing opportunities for other military lords to exercise judicial and legislative authority at Kamakura. The Hojo regent presided over the council, which was a successful form of collective leadership. The adoption of Japan’s first military code of law–the Joei Code–in 1232 reflected the profound transition from court to militarized society. While legal practices in Kyōto were still based on 500-year-old Confucian principles, the Joei Code was a highly legalistic document that stressed the duties of stewards and constables, provided means for settling land disputes, and established rules governing inheritances. It was clear and concise, stipulated punishments for violators of its conditions, and remained in effect for the next 635 years.

As might be expected, the literature of the time reflected the unsettled nature of the period. The Hojoki (An Account of My Hut) describes the turmoil of the period in terms of the Buddhist concepts of impermanence and the vanity of human projects. The Heike monogatari (Tale of the Heike) narrated the rise and fall of the Taira (also known as the Heike), replete with tales of wars and samurai deeds. A second literary mainstream was the continuation of anthologies of poetry in the Shin kokinshu wakashu (New Collection of Ancient and Modern Times), of which twenty volumes were produced between 1201 and 1205.

The Flourishing of Buddhism

In the time of disunity and violence, deepening pessimism increased the appeal of the search for salvation. Kamakura was the age of the great popularization of Buddhism.

Two new sects, Jōdō (Pure Land) and Zen (Meditation), dominated the period. The old Heian sects had been quite esoteric and appealed more to the intellectuals than to the masses. The Mount Hiei monasteries had become politically powerful but appealed primarily to those capable of systematic study of the sect’s teachings. This situation gave rise to the Jōdō sect, based on unconditional faith and devotion and prayer to Amida Buddha. Zen rejected all temporal and scriptural authority, stressing moral character rather than intellectual attainments, an emphasis that appealed to the military class. Growing numbers of the military class turned to Zen masters, regarded as embodiments of truth.

Honen, known as the father of Kamakura Buddhism, believed that salvation could be achieved by reciting prayers to Buddha by repeating his name, a practice known as nembutsu. He founded the Jodo (Pure Land Buddhism sect), which was later developed by Shinran, Honen’s student, and renamed Jodo Shin. Shinran continued Honen’s practices and philosophy, and both priests are considered paramount figures in establishing the most widely practiced form of Buddhism in Japan today (other than the Nichiren Shoshu sect).

The defeat of two Mongol invasions were momentous events in Japanese history. Japanese relations with China had been terminated in the mid-ninth century after the deterioration of late Tang China and the turning inward of the Heian court. Some commercial contacts were maintained with southern China in later centuries, but Japanese pirates made the open seas dangerous. At a time when the bakufu had little interest in foreign affairs and ignored communications from China and Koryo (as Korea was then known), news arrived in 1268 of a new Mongol regime in Beijing. Its leader, Khubilai Khan, demanded that the Japanese pay tribute to the new Yuan Dynasty (1279-1368) and threatened reprisals if they failed to do so. Unused to such threats, Kyōto raised the diplomatic counter of Japan’s divine origin, rejected the Mongol demands, dismissed the Korean messengers, and started defensive preparations. After further unsuccessful entreaties, the first Mongol invasion took place in 1274. More than 600 ships carried a combined Mongol, Chinese, and Korean force of 23,000 troops armed with catapults, combustible missiles, and bows and arrows. In fighting, these soldiers grouped in close cavalry formations against samurai, who were accustomed to one-on-one combat. Local Japanese forces at Hakata, on northern Kyushu, defended against the superior mainland force, which, after one day of fighting was decimated by the onslaught of a sudden typhoon. Khubilai realized that nature, not military incompetence, had been the cause of his forces’ failure so, in 1281, he launched a second invasion. Seven weeks of fighting took place in northwestern Kyushu before another typhoon struck, again destroying the Mongol fleet.

Although Shintō priests attributed the two defeats of the Mongols to a “divine wind” (kamikaze), a sign of heaven’s special protection of Japan, the invasion left a deep impression on the bakufu leaders. Long-standing fears of the Chinese threat to Japan were reinforced, and the Korean Peninsula became regarded as “an arrow pointed at the heart of Japan.” The Japanese victory, however, gave the bushi a sense of fighting superiority that remained with Japan’s soldiers until 1945. The victory also convinced the bushi of the value of the bakufu form of government.

The Mongol war had been a drain on the economy, and new taxes had to be levied to maintain defensive preparations for the future. The invasions also caused disaffection among those who expected recompense for their help in defeating the Mongols. There were no lands or other rewards to be given, however, and such disaffection, combined with overextension and the increasing defense costs, led to a decline of the Kamakura bakufu. Additionally, inheritances had divided family properties, and landowners increasingly had to turn to moneylenders for support. Roving bands of ronin further threatened the stability of the bakufu.

The Hojo reacted to the ensuing chaos by trying to place more power among the various great family clans. To further weaken the Kyōto court, the bakufu decided to allow two contending imperial lines–known as the Southern Court or junior line and the Northern Court or senior line–to alternate on the throne. The method worked for several successions until a member of the Southern Court ascended to the throne as Emperor Go-Daigo (r. 1318- 39). Go-Daigo wanted to overthrow the bakufu, and he openly defied Kamakura by naming his own son his heir. In 1331 the bakufu exiled Go-Daigo, but loyalist forces rebelled. They were aided by Ashikaga Takauji (1305-58), a constable who turned against Kamakura when dispatched to put down Go-Daigo’s rebellion. At the same time, another eastern chieftain rebelled against the bakufu, which quickly disintegrated, and the Hojo were defeated.

In the swell of victory, Go-Daigo endeavored to restore imperial authority and tenth-century Confucian practices. This period of reform, known as the Kemmu Restoration (1333-36), aimed at strengthening the position of the emperor and reasserting the primacy of the court nobles over the bushi. The reality, however, was that the forces who had arisen against Kamakura had been set on defeating the Hojo, not on supporting the emperor. Ashikaga Takauji finally sided with the Northern Court in a civil war against the Southern Court represented by Go-Daigo. The long War between the Courts lasted from 1336 to 1392. Early in the conflict, Go-Daigo was driven from Kyoto, and the Northern Court contender was installed by Ashikaga, who became the new shogun. 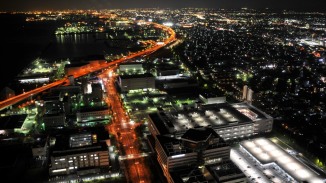 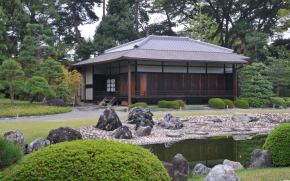 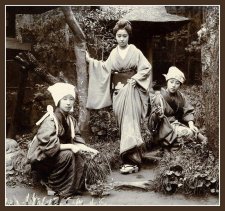 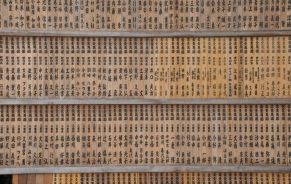 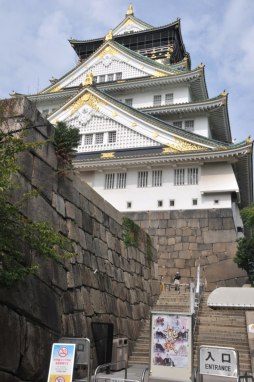 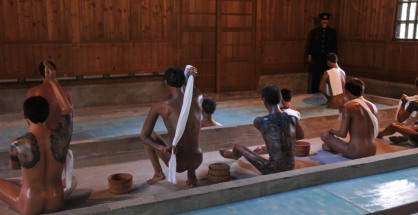 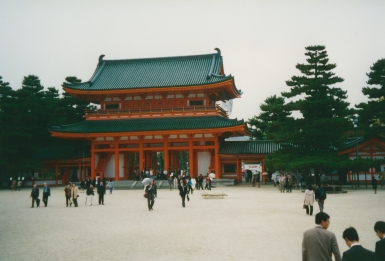 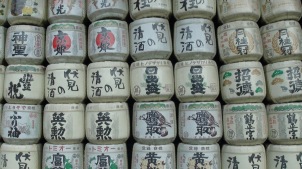 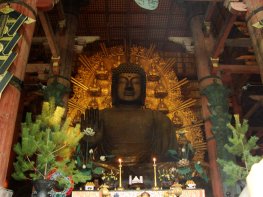 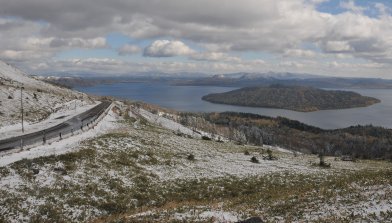 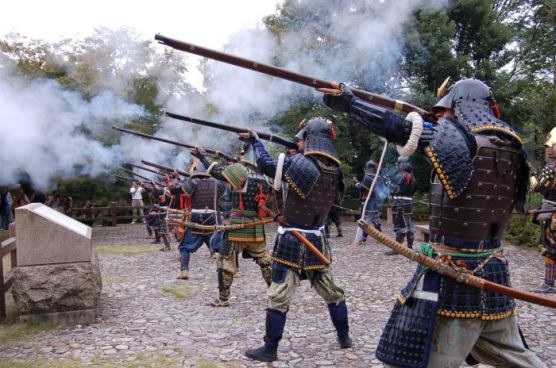 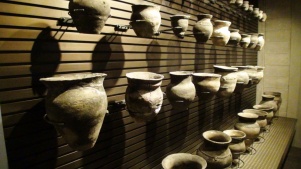 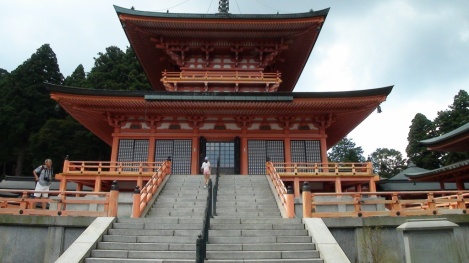 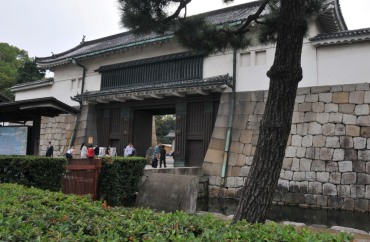 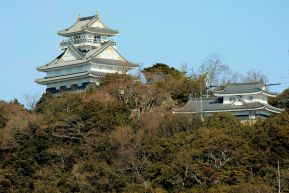